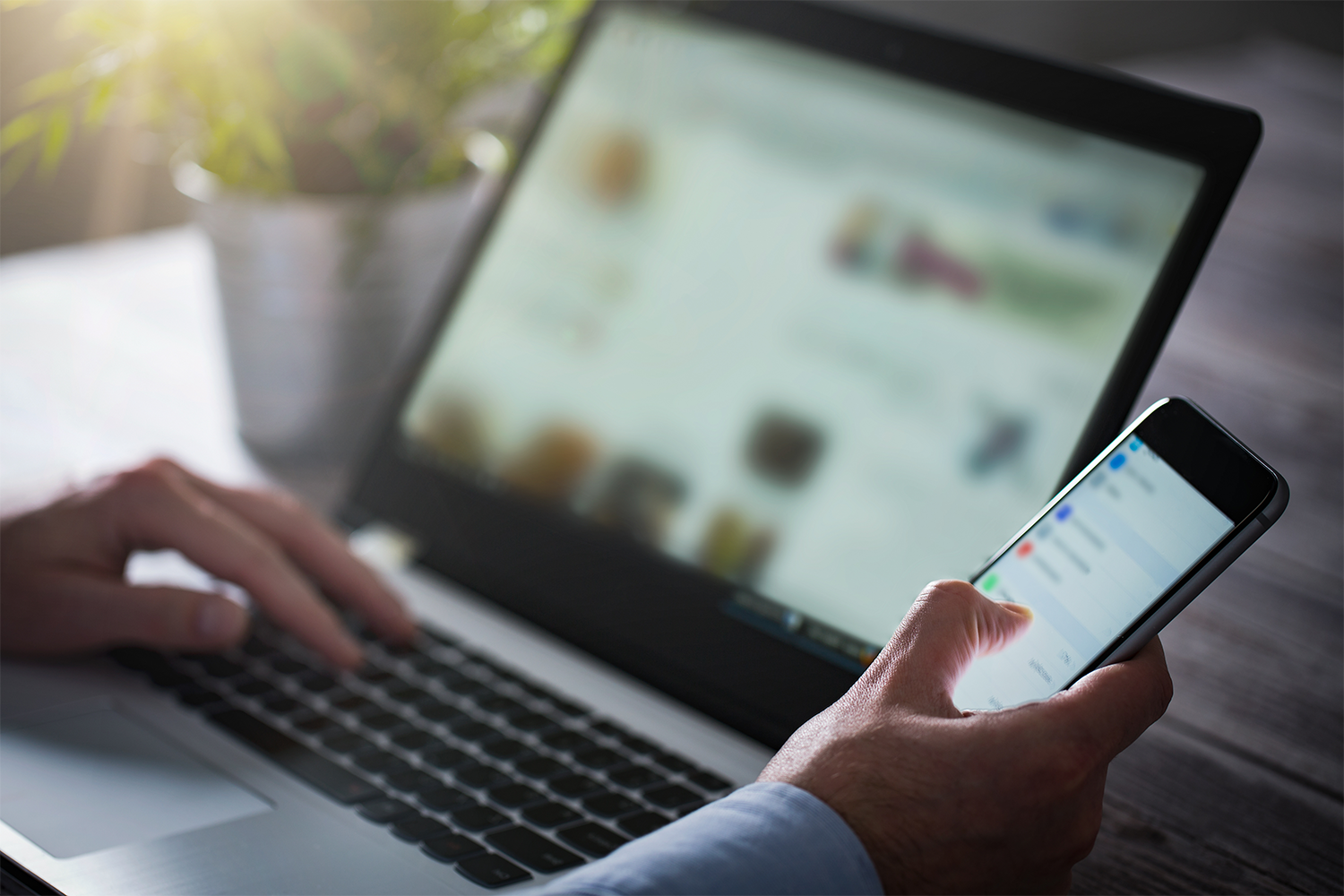 In mobile phones and tablets, there are two factions: iPhone or Android. Despite the debate over which phone is better, both parties admit that functionally, the phones are incredibly powerful and useful in the modern world.

The main difference between these two phone styles is their operating system. The way that both of these phones execute the smaller, more day-to-day operations tends to feel different, and this different feel attracts different people. Fundamentally, people’s phone preferences come down to purely subjective things.

However, texting is a situation where iPhones and Androids work differently. While the interfaces and actions that happen for texting are similar, the background processes are fairly different. These differences mean a lot to people, depending on their usage habits on their smartphones.

Here is the difference between Android and iPhone text messaging.

In the mobile world, there are two key players: iPhone and Android — and the debate over which is better seems never-ending. While functionally, both phones are incredibly useful and powerful, their main differences lie in their operating systems. The way that both of these phones execute the smaller, more day-to-day operations tends to feel different, and this different feel attracts different people.

An example of this is in iPhone and Android’s texting function. While the interfaces and actions that happen for texting are similar, the background processes are fairly different. These differences can be a gamechanger in a customer’s decision-making process, depending on their smartphone usage habits.

How do Android Text Messages Work?

To understand how Android text messaging works, let’s break down the two formats used by the Android operating system: SMS and MMS.

Android phones exclusively use SMS and MMS texting formats. These texting and messaging services come in almost all phone plans and don’t count against your data plans. The whole point of SMS and MMS is to provide you with an easy way to communicate.

Texts are quick, lightweight, reliable forms of communication between devices. While third-party messaging apps are used in various ways, the SMS and MMS texting standard is built into Android phones.

Recently, Android phones have also begun to use Google messaging. This feature makes the phones able to open Google messages and chat features — including stickers, audio messages, and message scheduling.

Because these are the most widely accepted messaging formats, almost anyone can send and receive these messages from their phones.

What is Apple's iMessage?

iMessage is the Apple-exclusive text messaging app. This connectivity means virtually every modern Apple personal product, including iPhones, iPads, Macs, and iPods, can use iMessage.

It’s worth noting that Apple customers can use iMessage even without a roaming data plan, asiMessage runs on both Wi-Fi and Cellular Data..

How do iPhone Text Messages Work?

iMessage allows iPhone users to text without using up the actual text messaging limits put in place by their phone plans. Another benefit of iMessage allows for an infinite amount of texting between Apple devices.

And when every conversation or group chat member has an iPhone, the messaging app allows for an even better user experience. Apple designs all of its texting services to promote and reward when multiple iMessage users come together.

These benefits include naming group chats, sharing avatars, and using a more convenient group chat interface. iMessage users also see when the other person in a conversation is typing or reading their message.

And as always, you still have the ability to send group texts, start new messages or a new conversation with the click of a button.

These features are small in the grand scheme of things, but they’re nice to have for almost all texting users. Apple wants people to pull each other into the world of Apple products, and so it incentivizes you to get your friends and family to purchase their own iPhones or Apple devices.

How is Android Texting Different From Apple??

While the iPhone has extra features baked in, Android texting focuses more on maintaining simplicity. Although many new features are being introduced, Android keeps them to a minimum while maintaining a steady and reliable engine for texting.

Android texting, too, has more support for third-party messaging applications. While the iPhone is limited to the same Messaging app, Android phones can integrate third-party applications. This allows more changes in the feel and motions behind texting and creates a customized and personalized experience.

How is iPhone Texting Different From Android?

Apple designs its products to work with each other seamlessly. Their products build on one another to create a certain user experience. The added abilities Apple gives users in group chats and one-on-one conversations are more fun to use ; something that Android hasn’t caught up with yet.

Another advantage of Apple products is they rely on Wi-Fi and data instead of a text messaging service. This means that Android users have to pay close attention to how many text messages they send monthly, while iPhone users simply text over Wi-fi and data. While data caps are still a big part of smartphone use, they are manageable on iPhones because iMessages do not take up data.

iPhone messaging is also technically better in versatility. While Android phones can text other SMS and MMS-enabled products, Phones win in versatility because they can use both iMessage and the regular texting standards.

And while Android texting is the king of simplicity, iPhone text messaging is the king of features. Apple’s operating systems and native apps provide higher levels of integration with other iPhones while still maintaining a powerful level of usability.

If you’re looking for the best of both worlds, Apple’s iPhone is a very popular way to go. It costs a good amount of money at the outset, but the iPhone is proven to be one of the best smartphones.

How can Community Users Make use of Texting?

Community is an SMS app that is usable by both kinds of phones and all mobile networks; iOs and Android phones are both at home with Community’s services because Community relies on SMS and multimedia message service. These are the two most versatile forms of text communication, and using them opens many doors for communication between leaders and members.

This was a very intentional decision on the part of Community. While iMessage and other forms of text-based communication have different strengths and weaknesses, short message service texting is the most widely used and accepted form of communication over text.

Community offers many opportunities to connect with anyone, no matter who they are or what phone they use. The best way to cultivate wide-reaching interaction is to allow anyone to access their leaders comfortably, which is most often SMS texting.

SMS opens up the possibility for more people to interact with each other, while also creating a system that doesn’t organize people based on their phones. The Clustering feature allows members to be best communicated with by their Community Leaders, while also identifying Members based on who they truly are, instead of just what kind of phone they’re using

This means both iPhone users and Android users can tap into Community in the same way. Community provides a way for people to interact with the people they care about the most, regardless of what technology they use.

Why Community Matters in Texting

Community is a texting service based around the most simple and effective form of communication; direct one-to-one interaction. No matter what type of phones your members have, you can interact with Members personally (at scale) and allow them to feel special and truly seen by you and their Community Leaders. Personal engagement has a massive impact on how Community Members view the Leaders they follow and interact with.

In a world where marketing and communication can feel incredibly scripted and disconnected, Community provides a service that is based around people. Not numbers or statistics, but real human beings.

Conversations mean more than algorithms. The next step in engagement and communication with your audience is here, at Community. Check it out, and get your number today.

What is SMS, and How is it Different from Text Messages? | TextMagic